Kenor is a Barcelona artist who uses simple shapes and strong colors to create art in many different fields, such as canvas, walls, installations and even clothes.

Started painting in 1990, son of a sevillan painter and photographer, emerged into street art in the late eighties and decided to share his art, first with a barrio (neighborhood) L’Hospitalet in Barcelona and that the rest of the city, and finally – with the rest of the world. At first, Kenor was focused on more traditional urban art. Thanks to his fascination with typography and logos, he experimented with letters without a prototype. Later on, with a progression of Barcelona Street Art scene, his style and artistic expression also went through some changes. As Kenor says, he intended to “decorate the dead cities” – he used to search for abandoned, damaged and worn parts of the town that desperately needed reanimation and resuscitation. He became a sort of spokesperson against the greyification of Barcelona, and against the new laws which have come to repress so much of the cities previously active street-life. 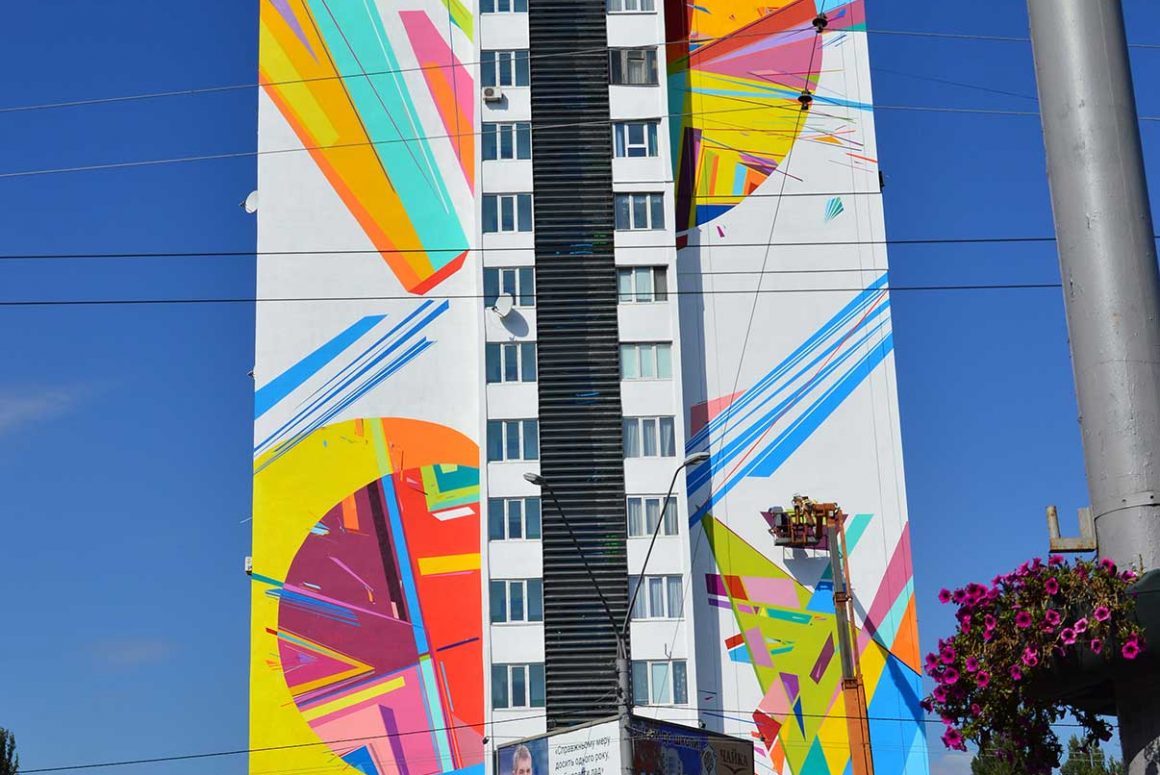 In spite of that, he continues to produce, to revivify the city, his work is increasing to a now monumental size, covering walls all over the world.
Kenor tries to keep his work in constant evolution, to “re-create spaces of freedom”, submitting the viewer to “endless options”. Whatever medium he works within then, he wants the recipient of the image to be a “free player”, a player “able to choose and imagine a new dimension that allows it to grow”, one unrestricted by the image, captured by infinite possibilities of the line.” His films such as “Floating Points”, “Dentro de mi”, and in particular “Cualquier lugar, un dia cualquiera”, more readily display the connection between dance and inscription, the choreography of the image.