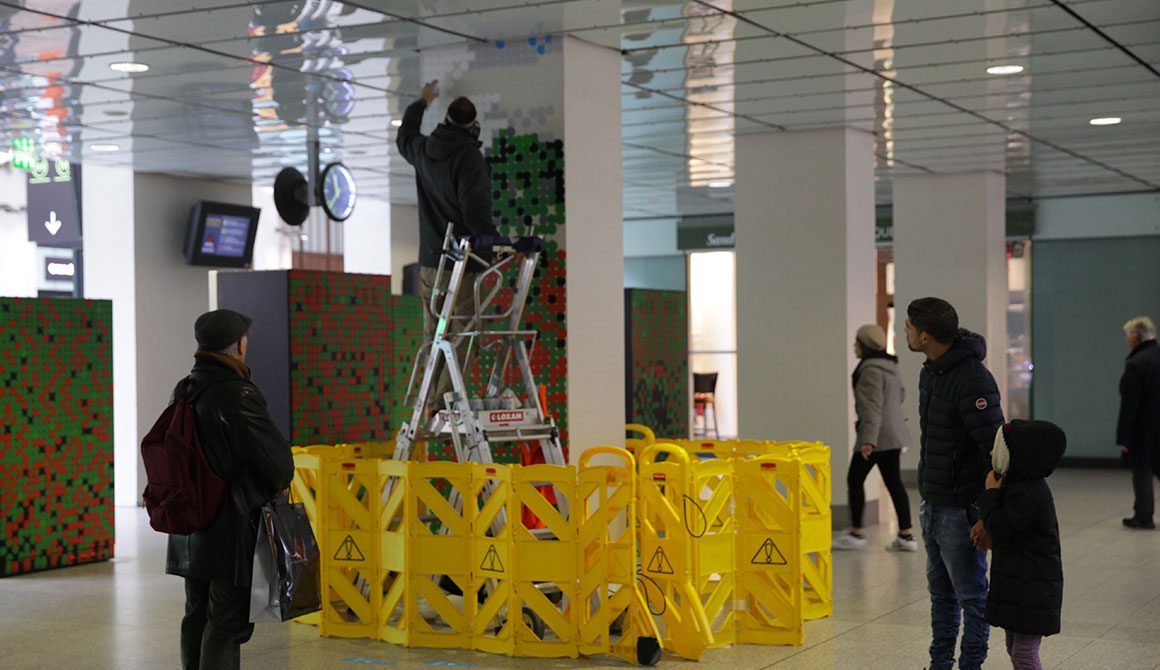 Born and raised in the south of France, Kan’s initiation to Graffiti came through boredom. Trapped in high school, the young artist was busier sketching in his school books and carving his name on his classroom tables than listening to his teachers.

Painting anonymously at night in search of his hometown’s best spots, Kan fell further down the Graffiti hole after a first trip to Paris, followed by another one to Los Angeles, both exposing him to the best of what our culture has to offer.

Hanging out for a long time with Bom.k, he joined the Da Mental Vaporz ( BOM.K BLO BRUSK DRAN GRIS1 ISO JAW KAN LEK SOWAT ) in 2000 after moving to Paris to pursue a successful career as motion designer. Together, they embarked in the production of high scale murals throughout Paris southern suburbs. Since then Kan has participated to many graffiti jams and steadily exhibited his work in galleries across the world, from Paris to London and New York.

Combining his passion for computers, video and design to traditional Graffiti techniques, Kan has distorted his name a thousand ways, from throw ups to digitalised block letters to pixel art,
halftone graffiti and dripping QR codes. At first glance, a series of dots hypnotise the viewers, suddenly connecting in their mind to form a portrait, a familiar figure that stares back them. Who’s watching who? 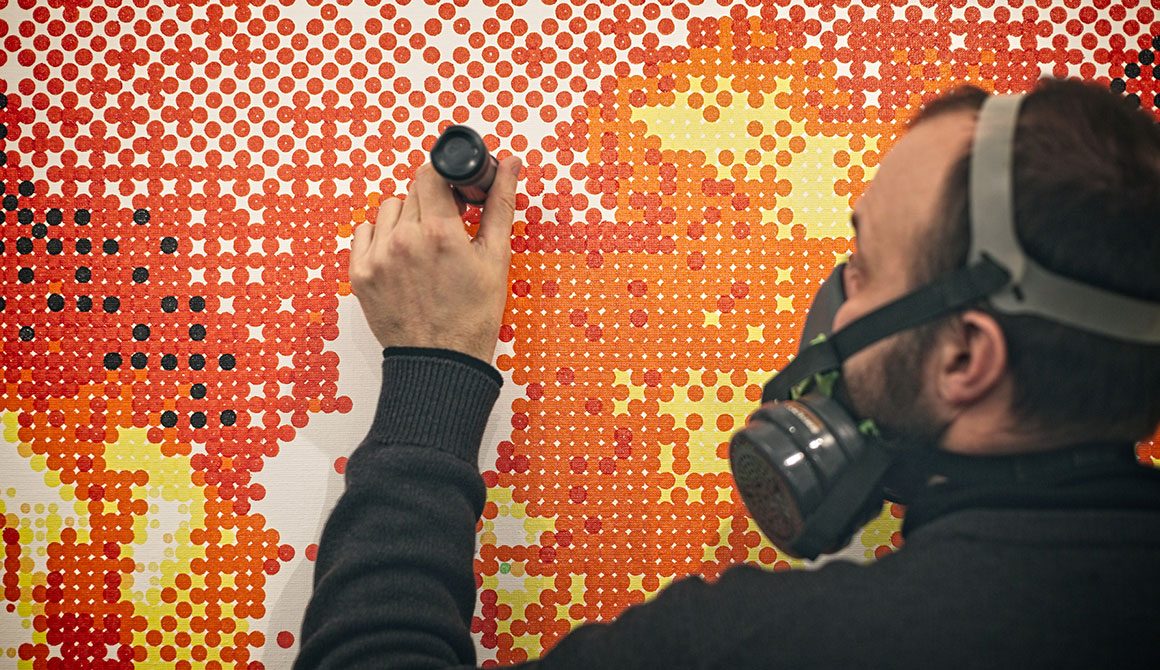